Call Us To Engage In Your Journey Into Your 'Self.'

The Subconscious Mind Speaks Through Artwork

Humankind has been drawing since the beginning of time. Somewhere deep within our primordial mind lies the roots of consciousness and we have only to access this by drawing it out - literally.  It does not matter how "good" we are as an artist. In fact, the opposite is true.  The more trained we are as artists the more defended we become and the harder it can be to access our subconscious mind.

At Inspired Learning we value the etymology of the word, "education" which has it's roots in the Latin, "educare", which means to draw out.

The process of engaging in creating art allows us, with time to learn our own 'visual language.'  We begin to see symbols and patterns in our use of color.  A picture of our inner growth emerges and with a trained eye we begin to see ourselves in full color with realizations about where we are in our lives and how e relate to the world. 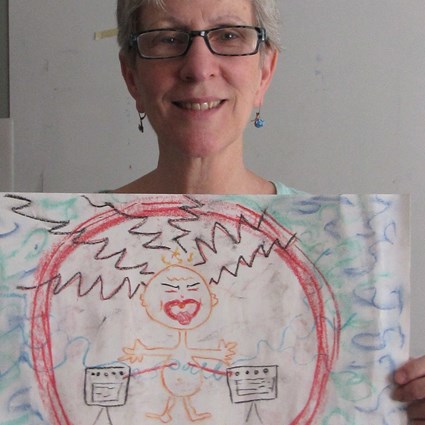 "All my life I engaged in new situations with fear and trepidation and I never understood why. From the first day I was born I had learned how harsh and painful newness was. Now that I know what happened it all makes sense to me.  This was really an amazing experience for me."

Sarah was asked to draw something that has been on her mind lately.  She drew an image of a small baby with red draining tubes connected to a machine. She then told us that on the day she was born, she had such severe respiratory problems the doctors had to puncture a hole into each of her lungs to drain fluid in order for her to breathe.

Sarah went on to explain that she had no memory of this event and only recently came across a note from her mother describing the event, so it was on her mind.

After describing this drawing to us, I asked her to look at her drawing again and ask herself if there was one thing she'd like to change about the vent she described, what would that be.  She proceeded to draw a blue squiggly line scribbling out the hurtful tubes.

When she looked up, Sarah saw the most amazing message.  Her 'scribble' read, "s-o-u-l" in cursive.

Diane's divorce created instability as she searched for a new place to live. She completed a Guided Imagery and Hypnosis exercise and then I asked her draw the image that had come to her mind as her "safe place."  She drew this pastel watercolor dome in light blue.

Within 7 days I saw I has 6 voicemail messages from her. When I listened to them sh was urging me to call her back. She sounded very excited.

Diane had found an apartment in the exact location she wanted for her child's schooling. But, what was even more amazing was the fact that the Landlady told Diane the previous tenant had left 2 boxes with small appliances in the back room and she could have whatever she wanted. (She actually needed 3 of them!)

Then, came the miracle message - Standing on end in one of the boxes was an unsigned greeting card and this was the image: 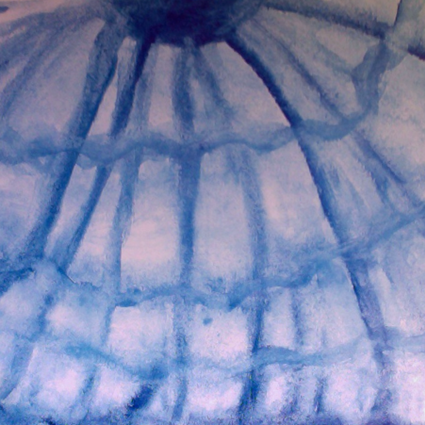